The problem of structural strength of space frame roof refers to whether the maximum stress (or internal force) caused by the load of the structure or a single component in a stable equilibrium state exceeds the ultimate strength of the building material. So it’s a stress problem. The value of the ultimate strength depends on the characteristics of the material. For brittle materials such as concrete, its maximum strength can be selected. For steel, its yield point is often taken.

Stability problems are different from strength problems. It is mainly to find out the unstable equilibrium state between the external load and the internal resistance of the structure, that is, the state where the deformation begins to increase sharply, and try to avoid entering this state. Therefore, it is a deformation problem. Such as axial compression column. Lateral deflection increases a large amount of bending moment in the column due to buckling, so the failure load of the column can be much lower than its axial compressive strength. Obviously, the axial compressive strength is not the main reason for the failure of the column.

The above content is a brief introduction to the structural strength and stability of the steel space frame roof, hoping to give you a better understanding of this type of structural building. 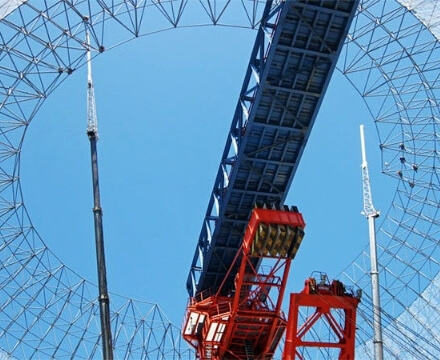 How to Customize the Space Frame Structure