The horizontal line represents the design location, and the dotted line represents the deformed position after the steel structure installation process. For the three cases marked, the following principles are determined: First, if the newly added components are not connected to the existing components, the node design coordinates are used as new node coordinates. For example, the new node O coordinates can calculate the direction of the existing component JK extension line and design length | KL | for calculation. JK belongs to the new component in the structure. There is no new node. Determine the length. Application finite element software, perform analysis of large -span steel structure. The calculation method is mainly: If the newly added component does not connect to the existing components, you can apply the design coordinate unit activation method to directly calculate; If two or three sections are adopted as a correction unit, the new node coordinates should be overlapped with the design position; if the new unit is closed inward, the new node coordinates are calculated without the unit activation method. The above is a study of the situation of new structures. For example, the research of the boundary changes and the removal of components, according to the above methods, the application of finite element software can obtain its calculation method. In this way, the complexity and difficulty of large -span steel structure construction mechanics research and analysis can be effectively reduced, and the efficiency of calculation is improved. 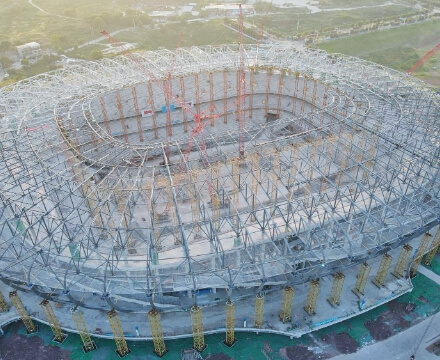