Do you know the earliest space frame structure building in the world?

The world’s earliest space frame structure is a dome built by W. Schchengdler of Germany in Berlin in 1863;The world’s earliest complete form of modern space frame structure examples are experimental structures such as kites and iron towers built by AG Bell in the United States in 1907;The first reticulated shell structure in China was the steel dome of the Sun Yat-sen Memorial Hall, built in 1931, and the first reticulated structure was the roof of the ball hall of Shanghai Normal University, built in 1964.

There are more and more applications of space frame structure in architecture, especially for buildings that require large space and large span, such as exhibition halls, stadiums, industrial plants, high-speed railway stations, airports/garages, and coal storage sheds/warehouses. The larger the span, the higher the cost performance. 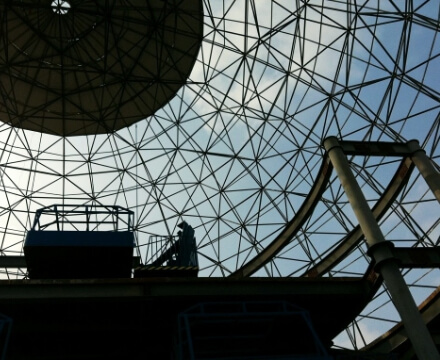